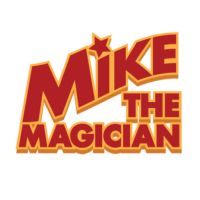 Magician Mike Della Penna creates WONDER and LAUGHTER with family magic performances that are equal parts PLAYFUL and ASTONISHING! He is a favorite at preschools, libraries and family venues and is known for captivating the 3-to-7-year-old crowd with his fun-filled, participatory magic shows. Mike is a former Boston stand-up comic, 20-year comedy improv vet and second-grade school teacher. He returned to magic, his childhood hobby, when he moved to the Bay Area in 2004. Since then he has performed to laughter and acclaim across California, and won some awards to boot. He loves magic's combination of fun and surprise and shares in the wide-eyed wonder of his young audiences.

There are plenty of chances to catch Mike's Magical performance:

Check Out Some Magic You Can do With Mike!