The Aptos Branch of the Santa Cruz County Public Library System has outgrown its current facilities. The County completed a feasibility study, selected a design-build team, and the design process is well underway.

The design concept has been developed based on input gathered from four community meetings during the study.

The Santa Cruz Public Library, the County of Santa Cruz Department of Public Works, Anderson Brulé Architects (ABA), Bogard Construction, Janecki and Associates, and Second District Supervisor Zach Friend invite you to look at some of the images of the design concept. 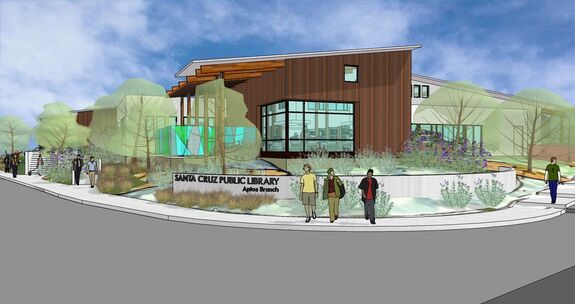 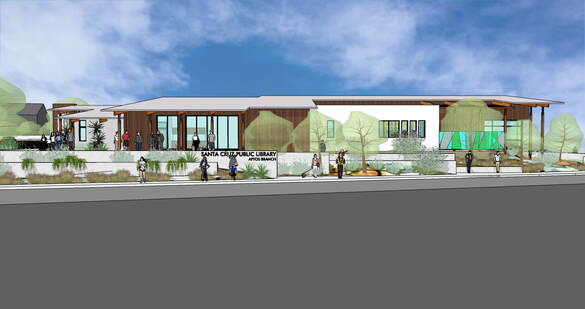 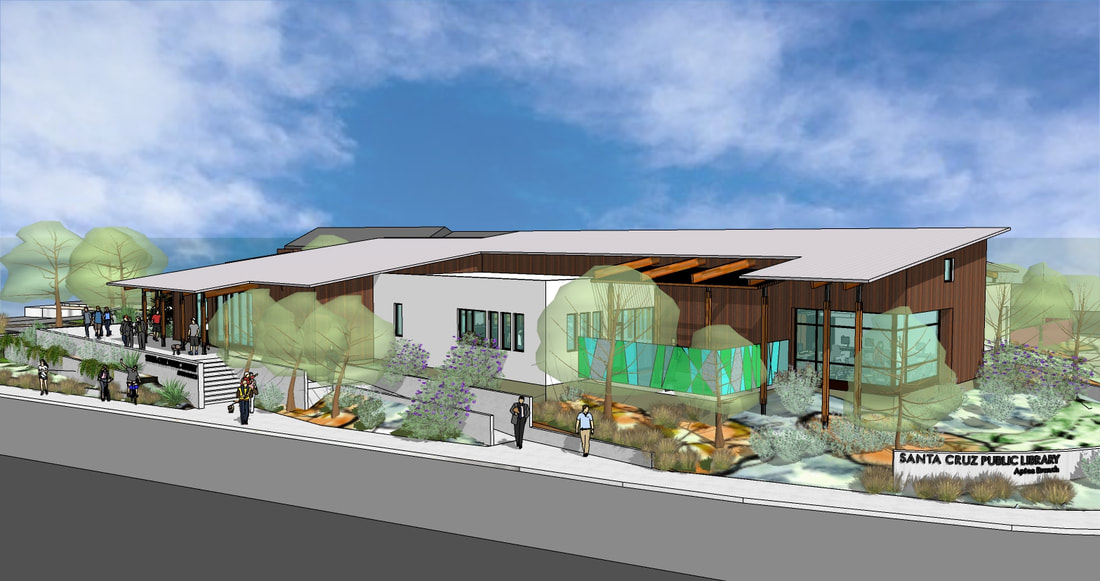 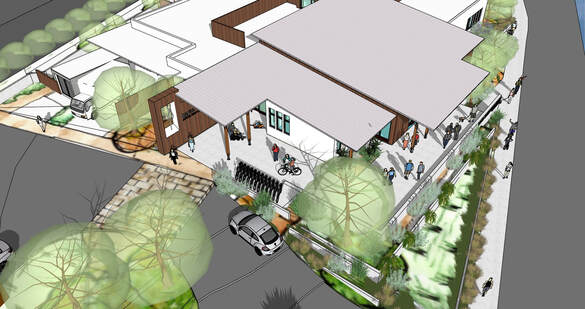 The Santa Cruz County Planning Commission during its Wednesday, January 12th meeting approved a proposal to demolish the current Aptos Branch Library on Soquel Drive and construct a new one. For more information visit the Friends of the Aptos Library website.